Regardless of how network problems come about, it is necessary to eliminate them as quickly as possible and ideally prevent them recurring in the future. There are different types of software for this purpose, including antivirus, firewall, and IDS. But before a problem can be eliminated, it has to be detected regardless of how they have occurred.

What is a network anomaly?

Problems in computer networks are detected as traffic anomalies that they cause. In general, an anomaly is something that goes against expectation. For example, a damaged switch may create unexpected traffic in another part of the network, or that new error codes begin to appear when a service is down. Network troubleshooting is founded on network anomalies.

What is an anomaly detection system?

Anomaly detection requires constant monitoring and analysis of selected network metrics. Anomaly detection system covers a scenario, when something unexpected is detected and the analysis evaluates this as an anomaly, it can be reported to the network administrator.

There are two main categories of network monitoring that allow detecting anomalies:

The computer network includes probes that receive data from the network and evaluate it. This data can be either intended directly for the probes (for example, events sent via the SNMP protocol) or it can be a copy of the production traffic, which occurs in the network whether the probe is connected or not.

Networks may also contain probes as in passive monitoring, but these probes generate additional traffic, which they send through the network. With the help of this traffic, it is possible to regularly determine the availability or general parameters of the tested services, network lines, and devices.

In general, anomaly detection can be divided into several basic components; see Figure 1 (diagram on the right side). They have the following functionalities:

What is anomaly detection used for?

A signature accurately describes what type of data the system looks for. An example of a signature can be searching for a packet that has the same source IP address as the destination IP address, or when searching for a specific content in the packet.

A baseline describes an amount of data transferred that share certain common features. For example, it can be the number of detected TCP connections per every 5 minutes. An anomaly occurs when the current value (the number of queries over the last 5 minutes) digresses from the learned baseline in a significant way; see Figure 2. Another example is seeking a change in packet distribution according to the ports they are headed to. Figure 3 shows a case where an anomaly manifests itself as an increase in the amount of packets sent to one destination port.

Figure 2: Anomaly detection according to a change in the amount of TCP connections detected [A Signal Analysis of Network Traffic Anomalies] 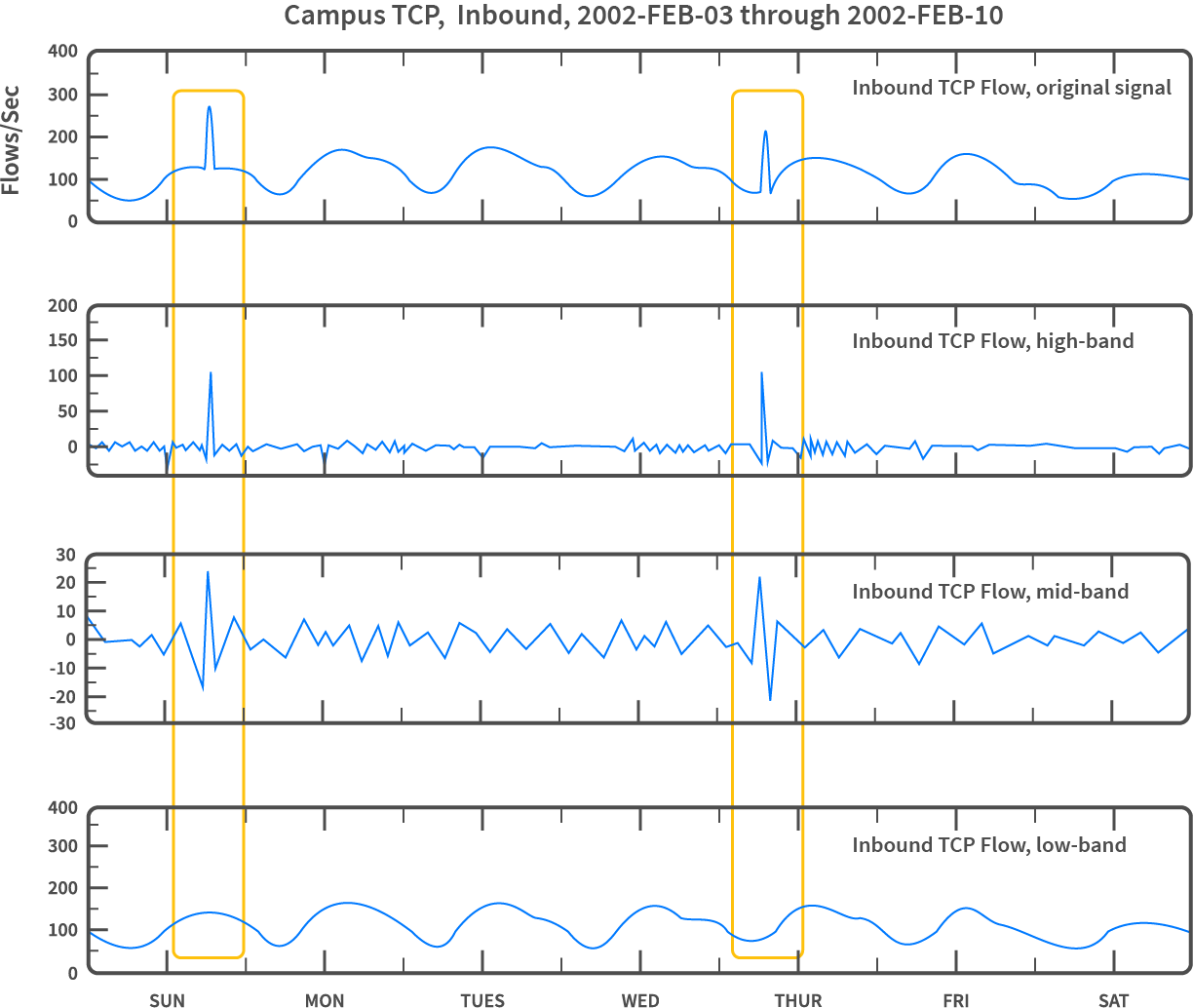 Figure 3: A change of the distribution of packets by destination port. When transferring large amounts of data to a single port, the resulting distribution changes significantly.

What are the differences between network anomaly detection using signatures and baselines?

Table below compares the use of signatures and baselines.

While anomaly detection using signatures is fast and accurate, it can only work on those traffic anomalies for which a signature is known. On the other hand, machine learning-based detection is slower and turns out a larger number of false positives but is capable of exposing new and modified anomalies for which no signature exists. In general, it is not possible to detect all anomalies without encountering any false positives. Therefore, a balanced approach is generally advised.

Use of machine learning for anomaly detection

In order for the signatures to be accurate and to detect known anomalies in the network, they have to be created manually using the knowledge of each problem or attack. Baselines, on the other hand, can make use of machine-learning algorithms. The primary advantage of using machine learning is that the baseline can change over time depending on what data was actually detected, making it possible to learn from previous results.

Machine-learning algorithms (e.g. heuristics) are used by anomaly-based intrusion detection systems, which function on the principle of seeking deviations from a learned norm.

The advantage of using machine learning is that the methods rarely require any knowledge of the network being monitored but they can still learn the expected behavior and detect anomalies. There is, however, a downside in  that if an error manifests itself by a gradual increase of certain attributes, no anomalies will be detected. Instead, the learned model will slowly accommodate the new increase in these attributes and no detection will occur. A sophisticated attack can take advantage of this to avoid detection.

Distinguishing between normal operation and an anomaly is not always easy. What may have been normal traffic yesterday can become an anomaly tomorrow. This is because the transmitted data changes whether there is a problem (anomaly) in the network or not. This is why detection rather operates with probability scores. While every system or method can use it differently the basic idea is the same. Each detected event is assigned a score and if this score exceeds a predefined threshold, it is marked as an anomaly.

The threshold for detecting anomalies determines the sensitivity of the detection. If the sensitivity is too high, problems or anomalies will be quickly detected but at the cost of an increased number of events mislabeled as anomalous. These mislabeled events are referred to as false positives,On the other hand, if sensitivity is low, the number of false positives decreases, but so does the number of correctly detected anomalies - the abnormality of some anomalies will not be high enough, allowing them to go without being discovered.

An example of a false-positive event is when an unexpected update of an operating system transfers a large volume of data, or when an unexpected circumstance prompts an abnormal number of customers to connect to the company's e-shop at the same time.

Generally speaking, it is not possible to ensure that all anomalies in the network will be detected and at the same time that there will be no false positives. The reason false positive events are actually an issue is that during automatic event processing, legitimate traffic or a service might be identified as problematic and its activity will be limited. At the same time, processing and analyzing these anomalies manually requires an enormous amount of time and effort.

For reasons of privacy and security within computer networks, data encryption is expanding and improving. Encrypted communication also affects the detection of anomalies because data encryption reduces the amount of data that monitoring and analysis can work with. For example, in the monitoring of encrypted email communication, no email addresses are available.

It is important to know at what level the encryption takes place. Most communication is encrypted only at the application level, which means it is still possible to perform statistical analysis of the IP addresses, destination ports, etc. Thus, encryption does not prevent the detection of anomalies, but significantly limits what types of anomalies can be detected. Unfortunately, adversaries and various malware scripts are also aware of this fact and hide their activities in encrypted communication to avoid detection. 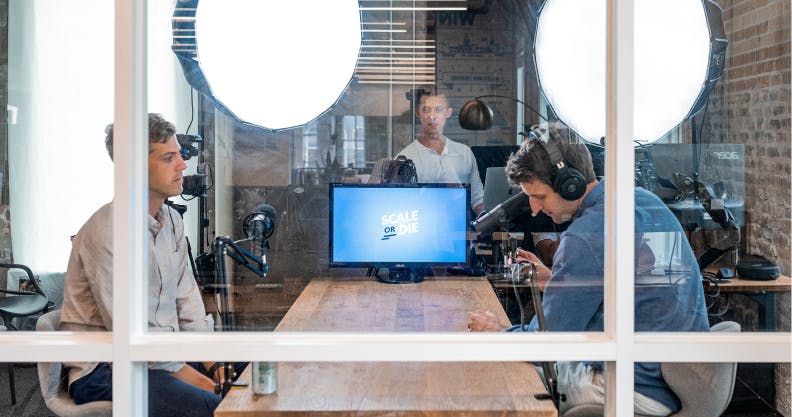