The success of IT is measured by time and therefore this spring update comes with performance in mind, moving operations ever closer to real-time. Through our continuous research, we’ve identified the need for a variety of improvements that would help IT experts to achieve their performance metrics faster and easier.

Alerting based on network performance 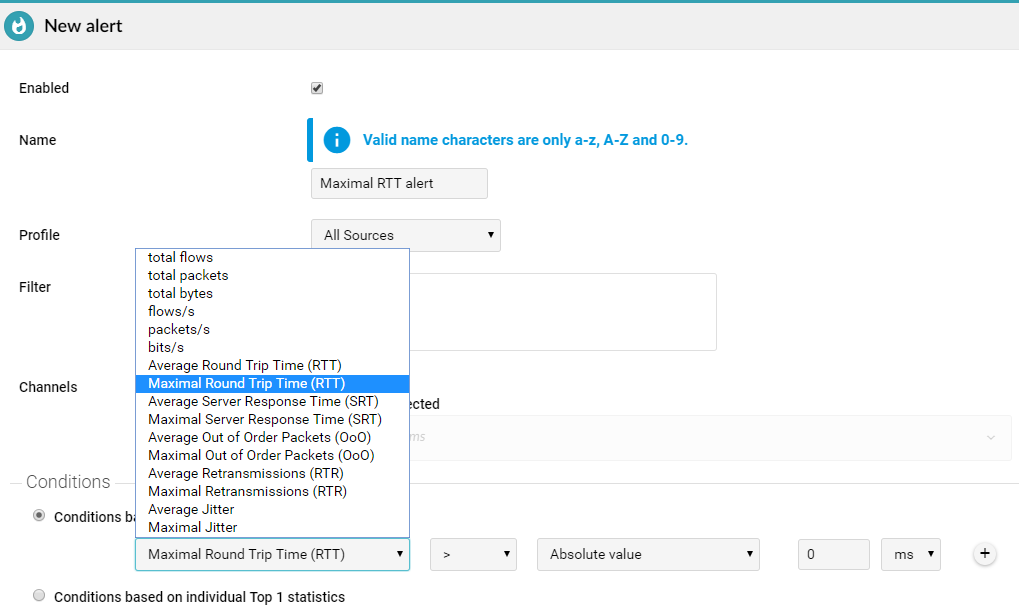 The Alerts defined for 30-second profiles are evaluated every 30 seconds to enable administrators to respond to incidents in a brisk.

Details of Alert for 30s profile 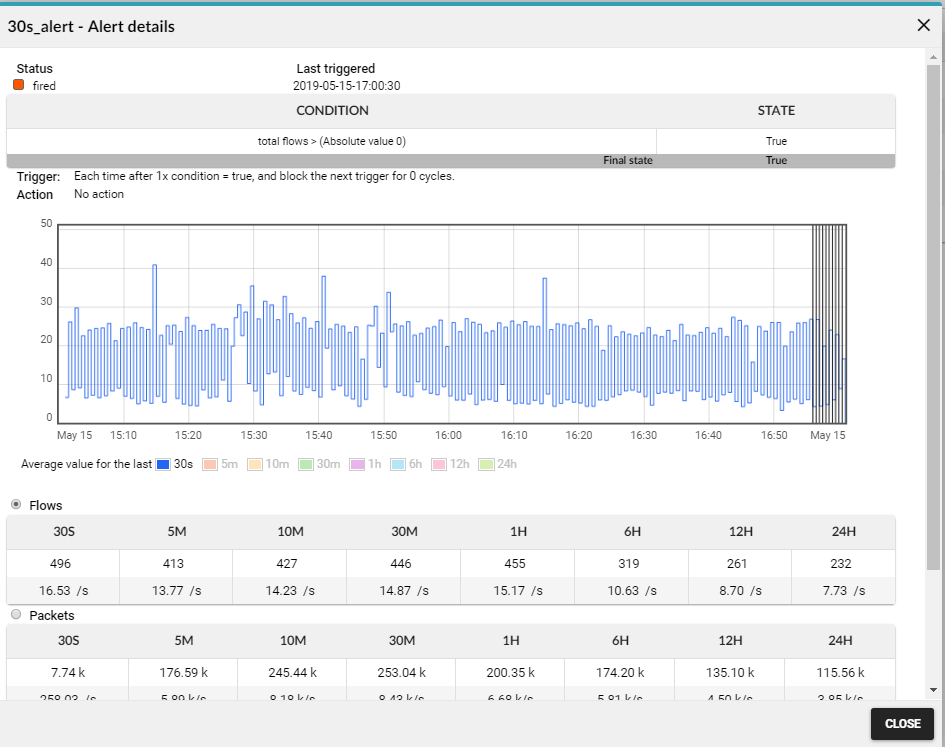 We are newly able to process Network Time, Response Time and Art Count Retransmissions values received from Cisco devices supporting AVC. When these values are received they are converted and saved as equivalent proprietary data fields.

We are further extending our capabilities of SCADA/IOT monitoring. This time we are focusing on energy distribution grids by adding support for monitoring of IEC 61859 (GOOSE/MMS) and DLMS protocols.

The capability on how to monitor Flowmon via SNMP has been extended by adding new MIB databases: UCD-SNMP-MIB and our own Flowmon-MIB with the following object groups:

Detailed list of all supported objects can be found in the document “Flowmon SNMP - Supported Objects” on Flowmon Support Portal. Usage of these databases and objects is described in our blog post “Monitoring Flowmon system resources via SNMP”.

We have reworked the way how Flowmon integrates with LDAP to simplify the administration of roles and access rights. The following changes were made: 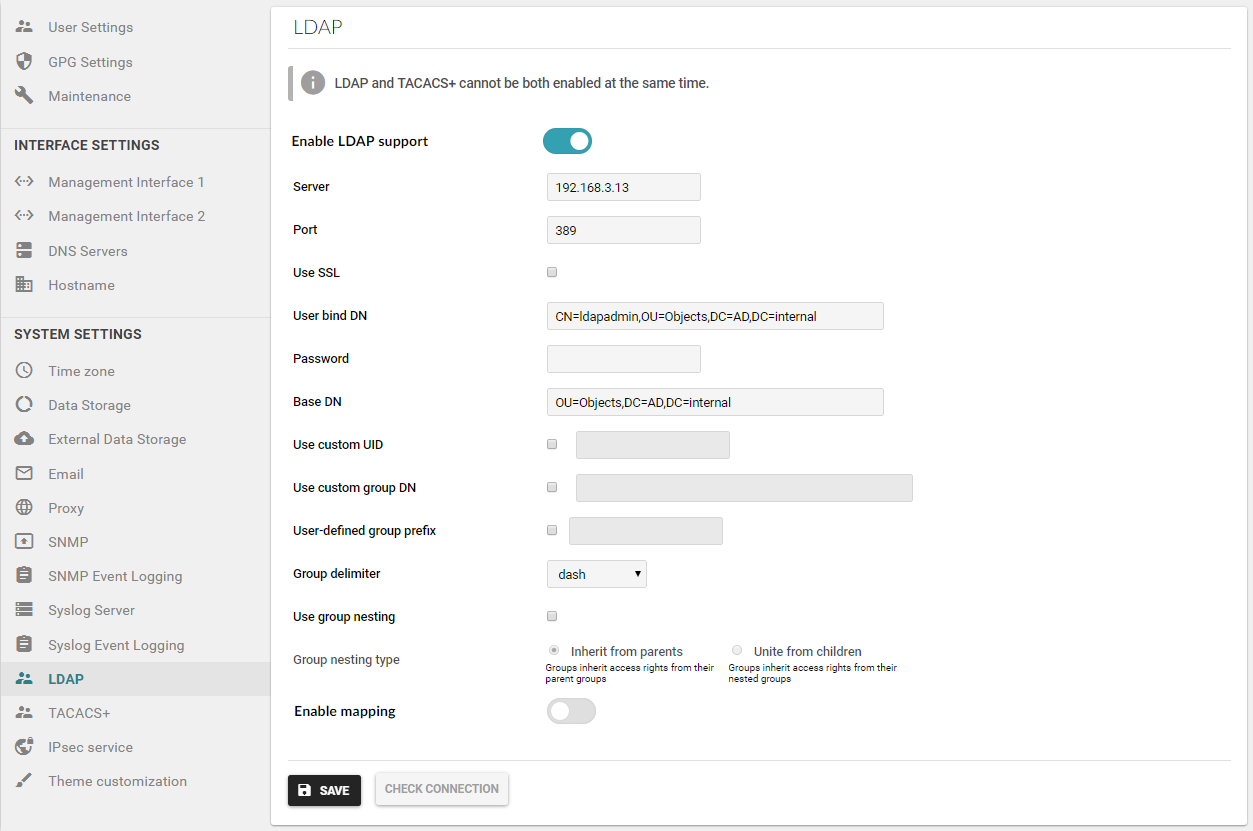 The dashboard configuration (dashboards, widgets, etc.) is now also distributed to the secondary Master Unit when distributed architecture is enabled.

Support for DA topology import/export allows the administrator to simply backup the Master unit configuration and then restore in case of failure to a replaced Master unit, which can then be connected to the existing DA topology. The Distributed Architecture Overview document was also extended to describe the possible backup and recovery scenarios.

Distributed architecture state as part of the configuration file 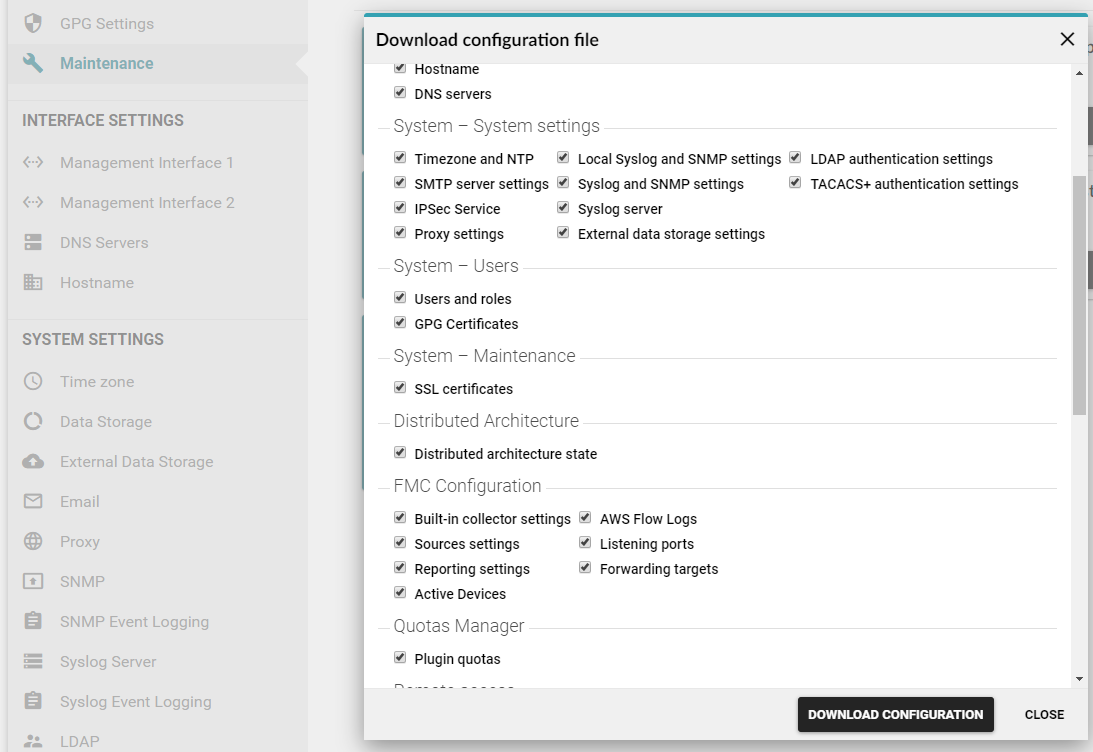 We have improved Flowmon responsivity and overall performance for customers with multiple sources and channels. It is also possible to configure channels not to calculate NPM or traffic charts if not needed which can further help to reduce the load of the appliance and help to improve performance. 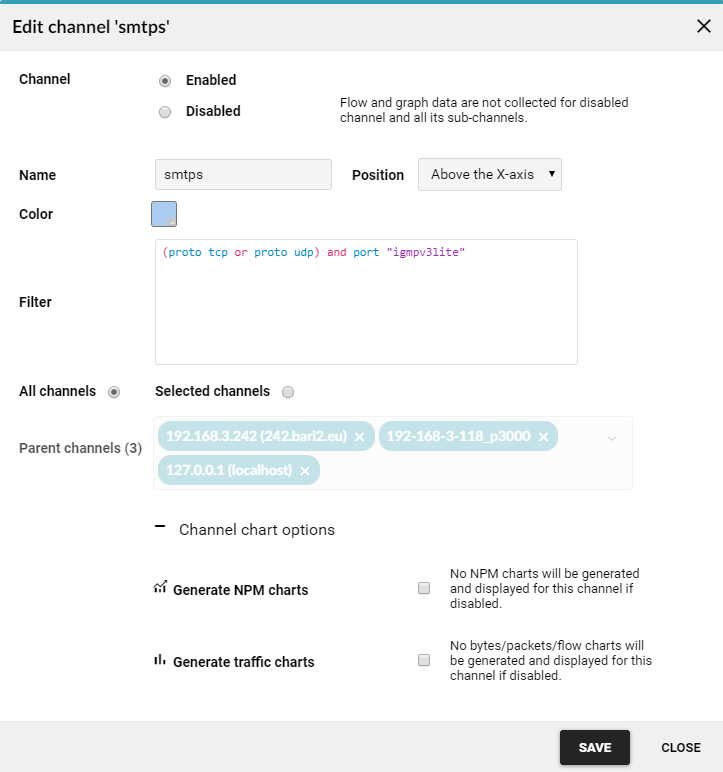 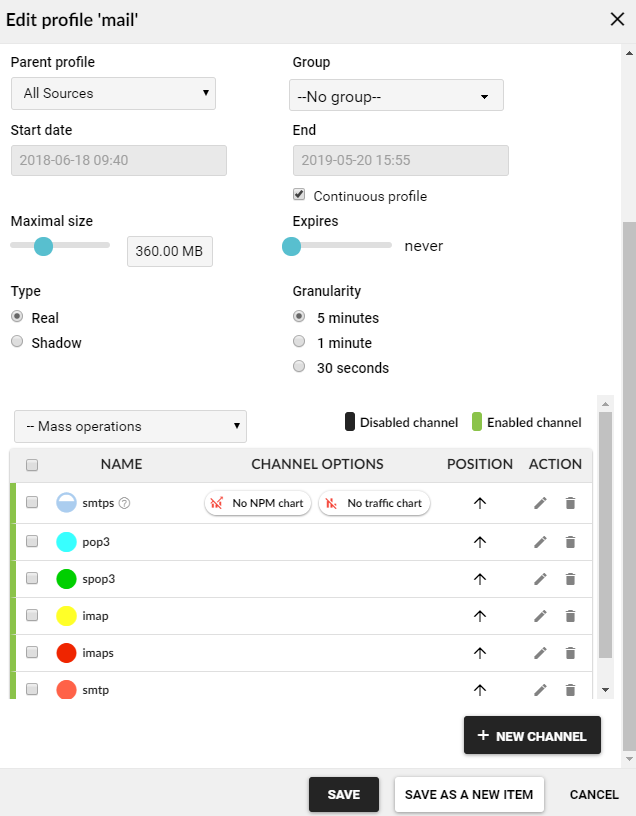 Flowmon captures SSL information (such as server Server Name, Server Cipher and others) from flow data received from Gigamon devices. Additional information can be found on the support portal in the document “Supported Flow Standards Specification”

We have replaced the existing PDF documentation with HTML version which allows easier navigation and enhanced search options.