According to IBM X-Force, the Emotet malware has recently been spreading in Germany and Japan, targeting companies in the area more and more aggressively.

Emotet is a banking Trojan spread by macro-enabled email attachments that contain links to malicious sites. It functions primarily as a downloader for other malware, namely the TrickBot Trojan and Ryuk ransomware. Due to its polymorphic nature, it can evade traditional signature-based detection methods, making it particularly difficult to combat. Once it has infiltrated a system, it infects running processes and connects to a remote C&C server to receive instructions, run downloads and upload stolen data (us-cert.gov).

Traditionally, Emotet has been using corporate billing notifications for disguise, often mimicking the branding of reputable institutions to make itself appear legitimate. This strategy allowed it to target victims in the USA (52 % of all attacks), Japan (22 %) and countries of the EU (japan.zdnet.com). An incident that took place in December 2019 caused the city of Frankfurt, home of the European Central Bank, to shut down its network (zdnet.com). 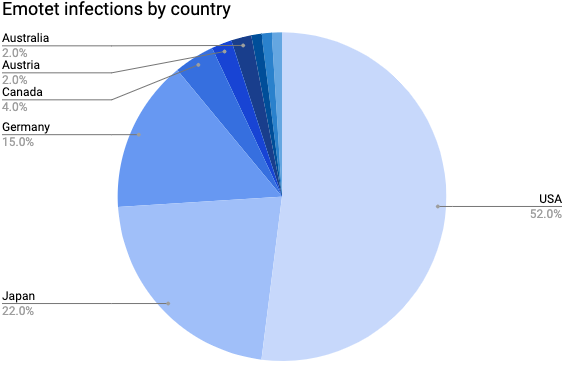 In Japan, however, the malware has been acting with much greater aggression compared to the past years. Increased activity was reported in late 2019, and recently, following the coronavirus outbreak in China, Emotet had a change of tactics and has now been spreading throughout Japan in the form of fake public health warnings with disturbing reports of coronavirus cases in the Gifu, Osaka and Tottori prefectures (IBM X-Force Exchange). 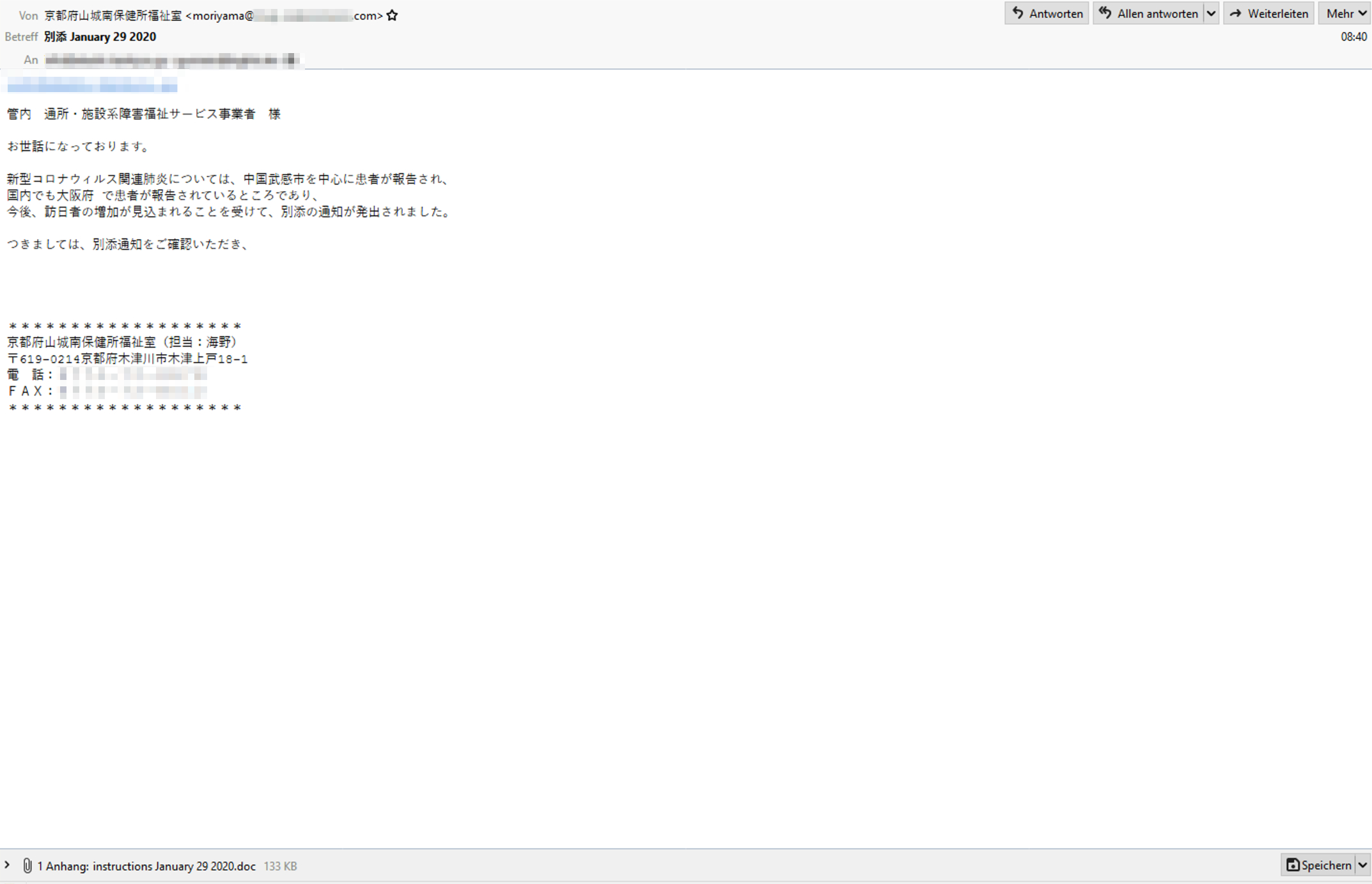 This is a good illustration of what makes this type of malware so dangerous - not only is it resistant to detection by signature-based methods, it also manipulates basic human emotion to disseminate itself.

Protection against Emotet therefore requires more complex measures. Besides well-informed prevention, an effective way to cope with it is to rely on behavior analysis seeking indicators of compromise (IoC). In Flowmon’s case, this takes the form of the InformationStealers behavior pattern (BPattern), which exists as a standard detection method in Flowmon ADS and describes the symptopms of Emotet’s presence in the network.

BPatterns can be thought of as a kind of description of how different malicious actors manifest themselves in the network. They allow the system to discern threats from other activity as it monitors and critically assesses the traffic. Unlike traditional signatures, BPatterns do not look for a particular piece of code and thus retain their ability to identify threats even as they transform and progress through their life-cycle.

According to an analysis published by Fortinet, Emotet uses 5 URLs to download payload and 61 hard-coded C&C servers (fortinet.com/blog). This information is included in the BPattern, and is used by the system to recognize the infection and contain it before it can spread. For an added layer of protection, there is a BPattern for TrickBot as well (TOR_Malware). Both patterns are periodically updated depending on how the Trojans evolve and are delivered to users as part of regular updates. It was Flowmon’s partner Orizon Systems that alerted us to the increased incidence of the Emotet malware and prompted the most recent update.

But no protection is infallible and everyone is advised to keep several layers of cyber protection in place and up to date - including antivirus, IoC detection on firewalls, intrusion detection systems (IDS) and behavioral analysis on the network. Because Emotet spreads by spoofed email, users should exercise caution opening attachments, especially those who come in daily contact with bills and documents from outside parties, and report any suspicious or unusual email to the security team.

To learn more about threat detection using Flowmon ADS, contact us for more information or try a demo.