Developments in DDoS Defender 5.2 are in the spirit of performance and user experience.

The new release of the DDoS Defender solidifies the features of the recent DDoS Defender 5.0 and adds functionalities on top to deliver guaranteed volumetric attack protection no matter what.

With boosted performance, the DDoS Defender becomes a powerful and nimble protection solution that, thanks to stream architecture, detects attacks in mere seconds.

The ability to filter out peace traffic from attack traffic allows it to create very accurate attack signatures and provide better insight into attack structure. Attack details are structured so that relevant information is more clearly visible with details readily at hand. Users thus have everything they need for easy analysis and appropriate mitigation.

The DDoS Defender 5.2 is a flexible system that can be shaped to the user’s specific circumstances. Tenant and flow source definitions allow highly granular customization with the ability to specify links and directions to suit the specific needs of every user. This means that attacks can be detected only where it is relevant. For instance, ISPs can exclude traffic passing between their internal edge routers and thus prevent it from distorting the detection. 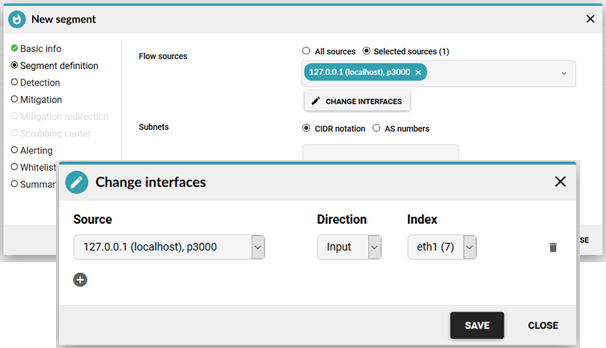 Protected IP ranges can overlap, which means that ISPs can more precisely detect attacks that target, for example, a customer’s network and part of the ISPs’ network. The service providers can define a protected IP range for the customer while keeping the same subnet part of a larger protected IP range where different detection and mitigation rules apply.)

Detection rules and baselines can be tailored to every user. Incoming traffic from certain IP ranges and ASNs can be whitelisted to reduce the number of false positives, preventing, e.g., a  major OS update to be identified as a volumetric attack. 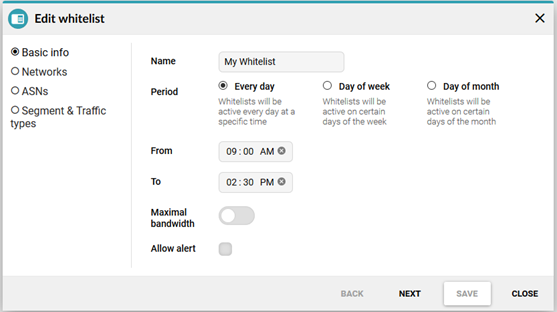 Whitelisted attacks still appear in the attack list where they are indicated as whitelisted and therefore do not require an action to be taken.

Flowmon DDoS Defender 5.2 is the quintessential DDoS protection engine that joins impeccable attack detection and user experience into one.

If you have feedback about DDoS Defender 5.2, contact us.